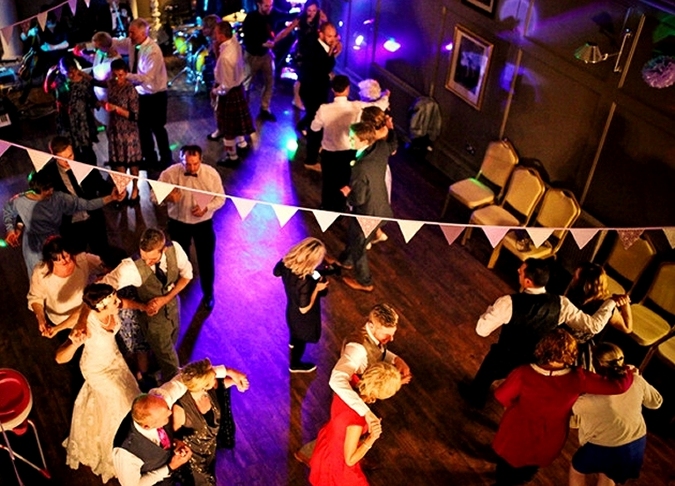 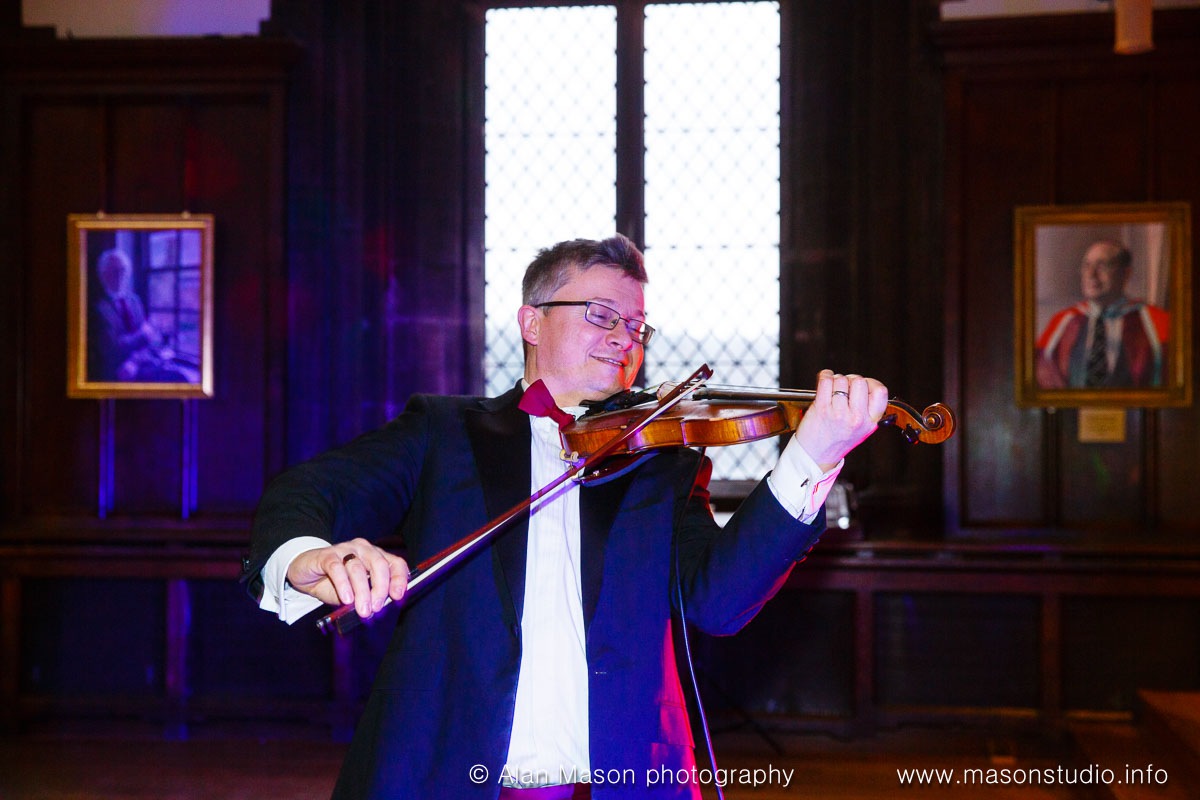 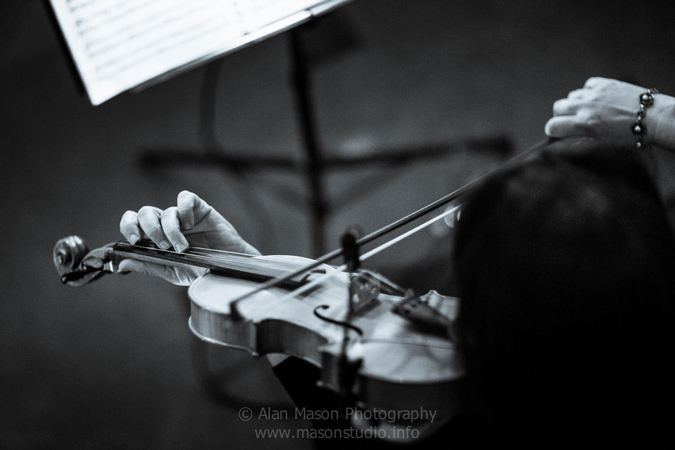 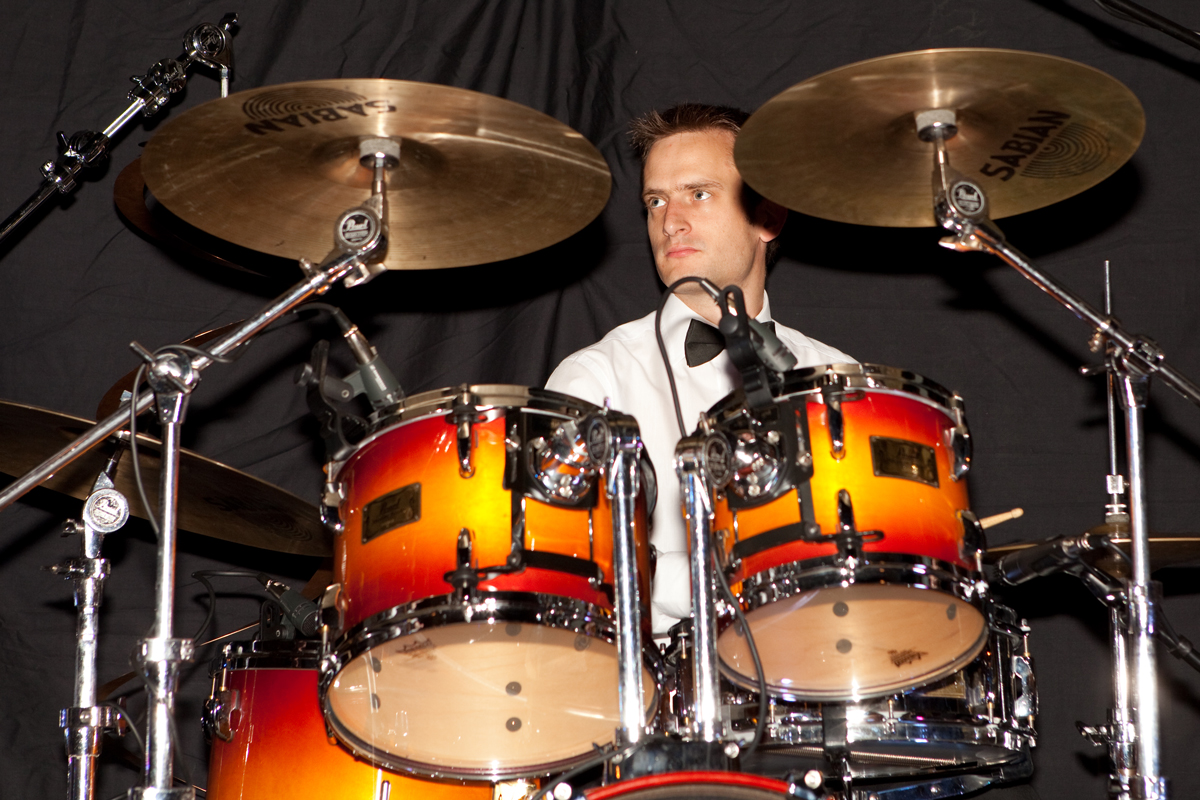 Ceilidh Knights perform all over the North East of England and are an integral part of North East Soiree - who have peformed at over 1200 events here in the North East of England. The band is led by Gordon Callander who plays keyboards in the Ceilidh Band but more importantly is a vastly experienced Scots Ceilidh dancer and teaches all the Ceilidh moves simply and clearly before and during the dancing. The fiddler plays the tune and our drummer plays some funky beats to give the dancing a great lift and keeps everything in strict time. Each dance starts with a quick demonstration, then everyone is encouraged onto the dancefloor and we all walk through the steps together. Gordon is assisted by band members Jonny and Stephen whenever there are multiple sets of dancers to speed up the learning process then all return to the band to start each dance and Gordon calls out further instructions with a Headset radio Mic until everyone has got the hang of it. We don't mind if the moves aren't all perfect, just so long as everyone has a go and joins in the fun. Gordon wrote all of the band arrangements out by hand during the late 1980's and early 1990's and has performed all over the west of Scotland. Gordon then moved to the North East of England in 1998 and formed this new band here with exactly the same formula that worked so well in Scotland. Gordon is also the DJ after the Ceilidh is finished and has been doing DJ work most weeks for well over a decade.

Because Ceilidh Knights is part of North East Soiree which also includes a highly experienced String Quartet, we have a great supply of violinists who have all played Ceilidhs over the years. We have two Jonathans, Emma and Dave who have all played for many years with the band. We also have several drummers (as you can see in the many photos) in addition to Stephen, we have Les and Ian who are both fabulous professional drummers and valued members of our team. 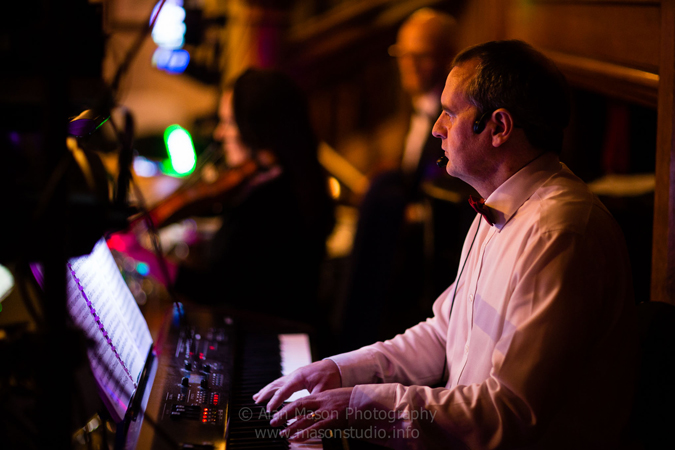 Previous venues have included Castles such as Langley Castle, Alnwick Castle, Brancepeth Castle, Lumley Castle and Allerton Castle. We have also played at various Halls and country houses including Beamish Hall, Doxford Hall, Ellighgam Hall, Eshott Hall, Linden Hall, Newton Hall, Woodhill Hall and Wynyard Hall. We have also played at many clubs, church halls, community centres and village halls and even some houses. Here is a list of some of the venues that the band has performed in over the years so we know the dance floor works ok for a really good Ceilidh.

Please contact Gordon using the form below and please include the event date and venue so we can check our availability.
Alternatively, call on 01388 327 202 or 07768 323 832 to discuss your requirements.

Google reCaptcha is often not working on some systems, if there is any problem with the Contact Box, please direct contact emails to gordon@northeastsoiree.com